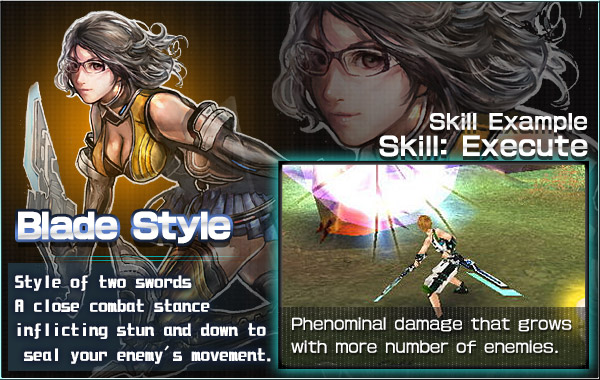 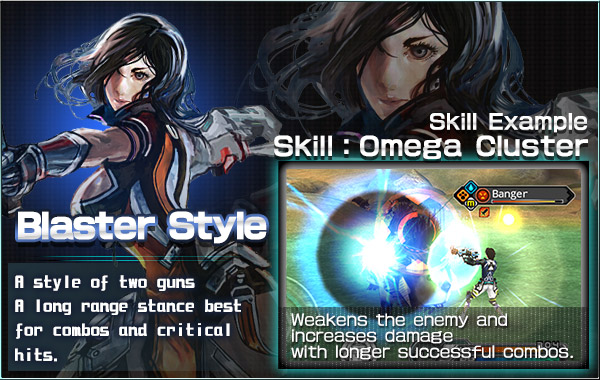 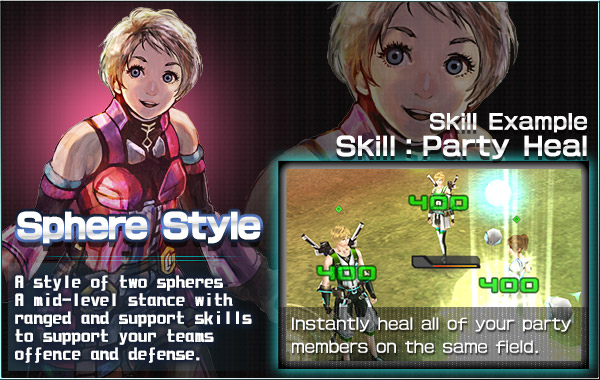 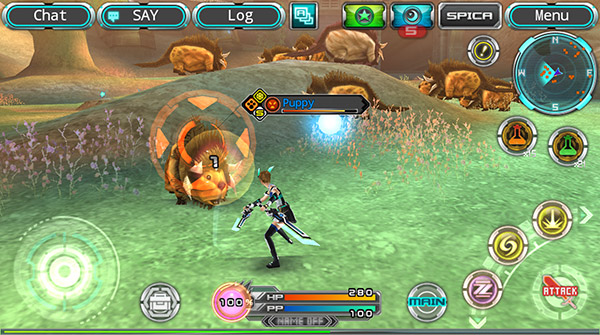 Tap the Attack button while targetting a monster for a single default attack.
Change your auto-attack settings to extend your attack to 3 times.

Eeach weapon style has a variety of skills.
Skills are used consuming PP (Power Point).
Some examples of Skills: 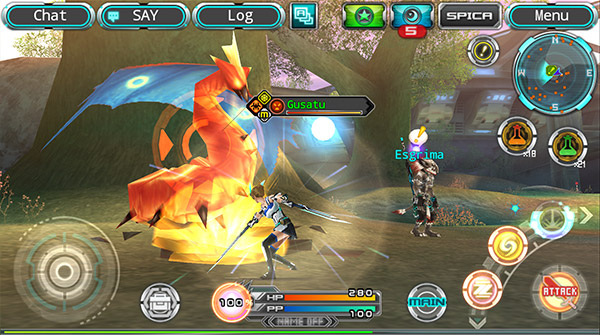 These skills have higher chance of combo attacks.
Skill icon will light up when it can be used during battle. 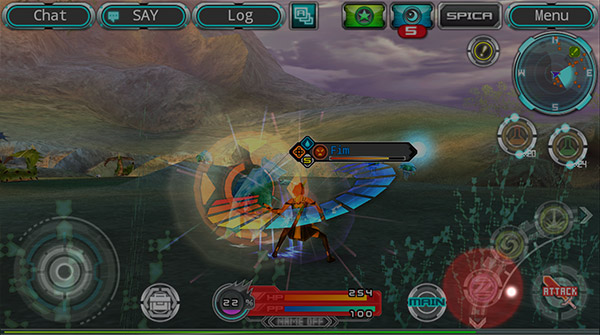 Skills that take some time for a single explosive effect.
Tap and hold the purple skill icon when it is flashing to start charge.
Charge will continue as long as you hold button.
The charge will be released at the same time you release the button.
The bar will change color when you press even longer for overcharge.

There are many skills besides combo and charge skills.
Use different skills wisely in battle. 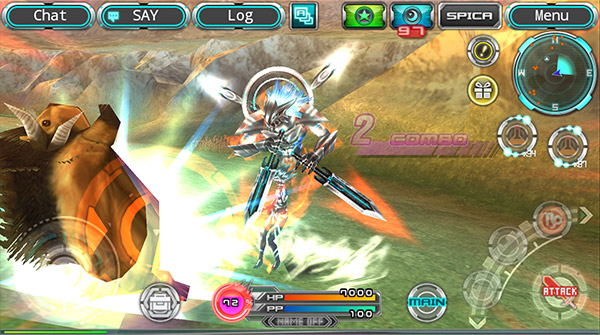 Attack and make successful combos to gain BP (Burst Points).
The Burst button will flash at 100%. Push the button to release the full power of Stella.
Burst will temporarily cause massive enhancements to defeat powerful monsters. 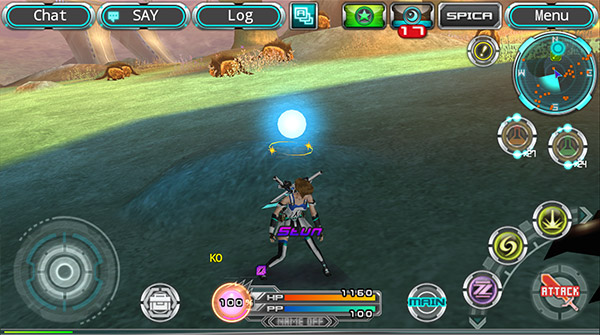 Character will not be able to move for 3 seconds.
Charge will also be canceled. 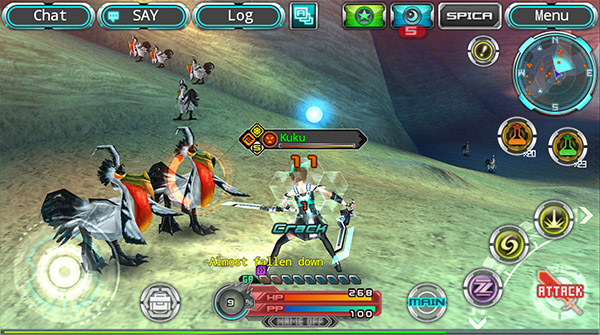 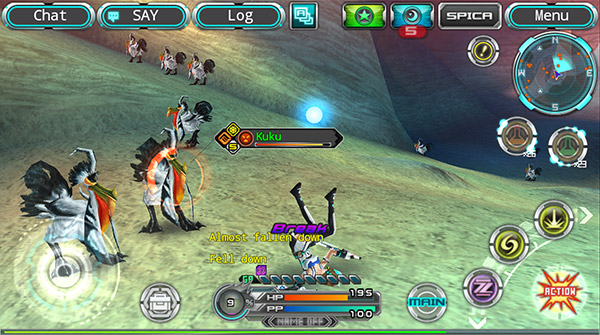 Characters have a status called Tolerance.
Tolerance can decrease when attacked by monsters.
When Tolerance is near 0, character will become Clock status (before Down).
Players that are attacked during Clock status will go Down.

Tap the Attack button for a powerful attack.

Tap the Attack button when your character is Down to get back up. 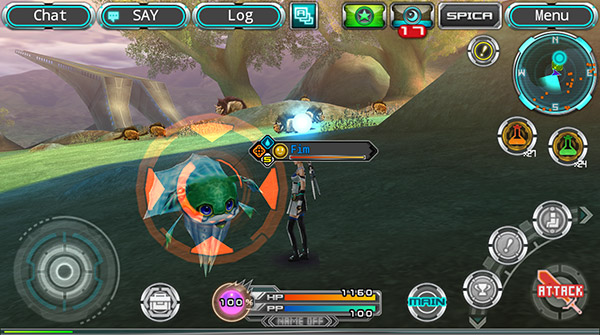 Target a monster to view its details.

・Icon
Shows the monster's condition status.
Yellow: Calm (Will not attack you)
Red: Angry (Will attack you)

・Monster Name
Name of the targetted monster.
The color of the name displays how difficult the monster may be to defeat.